“What the data indicate is that kids of all races are more likely to rise academically, economically and otherwise if they are raised in strong and stable families most frequently characterized by two parents,” said report co-author Rowe, who is CEO of Vertex Partnership Academies.

Among the report’s key findings:

“As Father’s Day approaches, we set out to investigate the value of stable, two-parent families,” said Brad Wilcox, professor of sociology at the University of Virginia and senior fellow at IFS. “We find that young adults who grew up in a stable home are significantly more likely to graduate from college and avoid incarceration compared to young adults in a non-intact family. In most cases, stable families have a father. This suggests having a dad in the home on a day-in-day-out basis is of real value to the average American kid regardless of their race.”

Popular Stories Right now
BUSINESS: Craft Beer Market To Record A CAGR Of 11.24% From 2021 To 2025| Anheuser-Busch InBev SA/NV And Asahi Group Holdings Ltd. Among Key Vendors| Technavio
FRONT PAGES: Combating Antibiotic Resistance
Sports: Veteran MMA fighter Kyle Reyes dead at 30; Xtreme Couture and beyond mourns
Tell the World about Your Company with eReleases.com! All new customers get $130 Off the Newsmaker distribution. IGNORE our normal rates because they're being BLOWN AWAY for this special promotion!

Finally, the report authors acknowledge that family structure is not a cure-all for the challenges facing black children in America. Wang noted, “whites are more advantaged within each family structure category,” which indicates “a stable two-parent family is not a panacea” when it comes to addressing racial inequalities in America.

For an interview with one of the authors, please contact Michael Toscano at Michael@ifstudies.org. 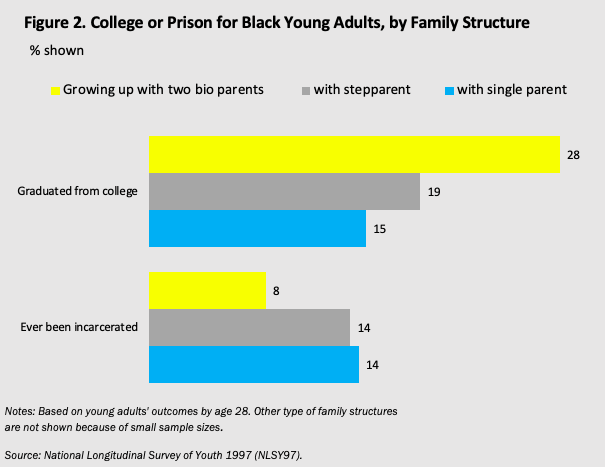 Newswise — The disruption to K-12 education in the United States caused by the COVID-19 pandemic spurred a flurry of legislative and executive actions favoring parental choice. Already, 2021 has been the single most successful year in the history of the private school choice movement, with 21 states voting to create, expand or improve their school…

Newswise — The COVID-19 pandemic shed a glaring light on the important role that technology and access to high-speed internet play our lives. You would not be able to read this story without an internet connection and a device to read it on. How would you communicate with loved ones, do your homework or pay…

Newswise — The disruption to K-12 education in the United States caused by the COVID-19 pandemic spurred a flurry of legislative and executive actions favoring parental choice. Already, 2021 has been the single most successful year in the history of the private school choice movement, with 21 states voting to create, expand or improve their school…

Newswise — A UCLA study has found that young adults who have experienced discrimination have a higher risk for both short- and long-term behavioral and mental health problems.Researchers examined a decade’s worth of health data on 1,834 Americans who were between 18 and 28 years old when the study began. They found that the effects…

Newswise — AMES, Iowa – As people adhered to stay-at-home orders or self-isolated during the early months of the COVID-19 outbreak, daily commutes turned into shuffles between the bedroom and the living room. Clicking Zoom links erased time spent walking to meeting rooms, and Netflix spilled into time otherwise dedicated to the gym.In short, a…

Newswise — With the United Nations climate conference in Glasgow, the world is focused on the consequences of a climate crisis and how we can still change course. Yet while climate-driven migration has been deemed a major threat in public discourse and academic research, comprehensive studies that take into account both environmental and social factors…

DUBLIN, Sept. 27, 2021 (GLOBE NEWSWIRE) — David Sanders, MD, is a professor of Gastroenterology and a Consultant Gastroenterologist at the Royal Hallamshire Hospital & the University of Sheffield, UK, which was recently designated as the UK National Centre for Refractory Celiac Disease (2019) and a World Endoscopy Organisation GI Centre of Excellence (2020). He is the…

GeekWire Illustration Amazon will compensate customers up to $1,000 for property damage or personal injury caused by defective products sold by third-party merchants on Amazon.com. The threshold will cover more than 80% of cases, Amazon says, adding that it “may step in to pay claims for higher amounts if the seller is unresponsive or rejects…

Canada will impose a hard cap on emissions from the oil and gas sector, Prime Minister Justin Trudeau announced Monday at the COP26 summit in Glasgow. Prime Minister Justin Trudeau arrives for the COP26 summit in Glasgow, Scotland, Monday Nov. 1, 2021. (Phil Noble/The Associated Press)Our planet is changing. Our journalism is changing. This story…

Director Swery65 and his development studio White Owls Inc. have finally set a release date for The Good Life, and it’s very soon. PLAYISM, the game’s publisher, released a trailer this morning (which you can watch above!) providing an overview of what The Good Life is about and announcing the launch date. You play as…

NEW YORK, Nov. 30, 2021 (GLOBE NEWSWIRE) -- Pomerantz LLP is investigating claims on behalf of investors of Zhangmen Education Inc. (“Zhangmen” or the “Company”) (NYSE: ZME). Such investors are advised to contact Robert S. Willoughby at newaction@pomlaw.com or 888-476-6529, ext. 7980. The investigation concerns whether Zhangmen and certain of its officers and/or directors have engaged in…

NEW YORK, Nov. 30, 2021 (GLOBE NEWSWIRE) -- Pomerantz LLP is investigating claims on behalf of investors of Reconnaissance Energy Africa Ltd. (“Reconnaissance” or the “Company”) (OTCMKTS: RECAF).   Such investors are advised to contact Robert S. Willoughby at newaction@pomlaw.com or 888-476-6529, ext. 7980. The investigation concerns whether Reconnaissance and certain of its officers and/or directors…

NEW YORK, Nov. 30, 2021 (GLOBE NEWSWIRE) -- Pomerantz LLP is investigating claims on behalf of investors of  Peloton Interactive, Inc. (“Peloton” or the “Company”) (NASDAQ: PTON). Such investors are advised to contact Robert S. Willoughby at newaction@pomlaw.com or 888-476-6529, ext. 7980. The investigation concerns whether Peloton and certain of its officers and/or directors have engaged…

Nov. 30, 2021 -- Your smartwatch or fitness tracker lets you know how many steps you've taken, how much sleep you got, and what your peak heart rate was during that morning workout. What if it could tell you when you've been infected with COVID-19 before you notice any symptoms? That's exactly what a group…

Nov. 30, 2021 -- Pfizer and BioNTech plan to apply for FDA authorization this week for a booster COVID-19 vaccine for 16- and 17-year-olds. "We expect to share updates on this soon," Kit Longley, a Pfizer spokesman, told The Washington Post. The FDA could authorize the extra dose within a week. If approved, the additional…

Yahoo Sports VideosMikal BridgesNBA Fearless Forecast Weekly Rank: 56ReutersBritish armed forces to allow people with HIV to enlistBritain plans to allow people who have tested positive for HIV to join the armed forces if they no longer carry a detectable amount of the virus, its defence ministry said on Wednesday. Military personnel with HIV can…

London, UK -- (SBWIRE) -- 11/30/2021 -- Intelligencemarketreport.com Publish a New Market Research Report on "Home insurance Market - Global Size & Share Research Report 2021-2027". Home insurance is a type of assets coverage that provides financial safety for a person against all losses and damages to their home. You may also call it house…

SCIENCE NEWS: Today’s Atlantic Hurricane season ended. However, statistics released by NOAA today show that the season was extremely active. All told, of the season’s 21 named storms, seven were hurricanes, and four of these had winds of 111 miles per hour or greater, qualifying them as major hurricanes. During an average Atlantic season there...

SCIENCE NEWS: Neanderthals and Denisovans are some of the nearest ancestors to modern humans. These hominins shared so many similarities to humans that they interbred with us for thousands of years, when they overlapped in space and time in some areas. Many people still have important genetic material from these distant cousins. This means that...
%d bloggers like this: