Popular Stories Right now
CRIME: Department Of Justice Issues An Annual Report To Congress On Its Work To Combat Elder Fraud And Abuse
Tell the World about Your Company with eReleases.com! All new customers get $130 Off the Newsmaker distribution. IGNORE our normal rates because they're being BLOWN AWAY for this special promotion!

The SFLFF program includes award-winning and critically acclaimed documentary, narrative, feature, and short films from throughout the Americas, the United States, Spain, and Portugal. 108 films in all representing 22 countries. Online forums for filmmakers and virtual Q&As will provide cinephiles with some additional opportunities to hear from the creators themselves. The SFLFF allows audiences to see Latinos in films, even though they are scarcely visible. There are many films that have artistic and cultural merit.

The SFLFF program will be available on-demand starting October 1st and opening with an in-person screening of ‘Calle de La Resistencia’, a Bay Area premiere, written and directed by Milton Carrero and Denise Blasor. The film is centered around Puerto Ricans attempting to gain unity and dignity after Hurricane Maria in 2017. The film includes 20 original songs written and composed by Milton Carrero. The film’s music captures the protests against Ricardo Rossello, the former governor. The film and the stage production show the determination of the people to fight for dignity, change, and better government. This film is a passion-filled and entertaining production made during the pandemic.

“The festival season is always an exciting time for us. We adapt to the circumstances and bring a program we hope film lovers enjoy at home as well as on the limited in-person screenings. COVID and other social movements in Latin America and the USA have been a source of inspiration for filmmakers and writers. This was evident in the record number of submissions we received this year. Lucho Ramirez, festival director, said that watching these films gives us an opportunity to escape into other parts of the world.

SFLFF will premiere several films including:

Charlotte, directed by Simon Franco and stars Angela Molina (Blancanieves, Broken Embraces), a road trip comedy set in Argentina about an actress who in the twilight of her career will reinvent herself;

Backstreet to the American Dream (USA), a documentary by Patricia Nazario and Dolores Huerta, the film goes into food truck culture in Los Angeles captured through the lens of different beginnings; those between American business owners and Mexican immigrants;

The Restoration (Peru) – A comedic narrative where a grown man tricks his bed-ridden mother and sells her house because the market is too good. The man continues his lie by re-creating the same bedroom. It is directed and written by Alonso Llosa;

Negra (Mexico) An Afro-Latina narrative feature, closely following the journey of five women overcoming racism, stereotypes, and self-acceptance while living in southern Mexico. It is directed and written by Medhim Tewolde;

Shadow Weavers (USA) – This documentary brings attention to the cultural bonds in clothing that come from the Peruvian Andes, where secret messages are encoded in all the clothing. Erica Nguyen, a former resident of San Francisco, directed the film.

La Manplesa: An Uprising Remembered (USA) by Ellie Walton cast a light on a little-known rebellion in Washington DC back in 1991 where Salvadoran immigrants took to the streets in response to the killing of a man at the hands of police.

The festival closes with Jaguar Man (Brazil) by Brazilian director Vinicius Reis, a drama about a gas company executive forced into early retirement and into a slower pace of life away from Rio de Janeiro and closer to the mysteries of the rainforest.

There are 9 short film programs with migration stories both fictional and short-form documentaries; other genres include fantasy, drama, LGBTQ, comedy, and horror.

Cine+Mas SF contributes to the Bay Area’s active and diverse arts scene through the San Francisco Latino Film Festival, year-round programming, and special events centered on the celebration of Latino arts including the visual, performance, and literary arts. Cine+Mas San Francisco Latino Film Festival is possible thanks to the generosity of individual donors and sponsors. http://www.cinemassf.org

About the San Francisco Latino Film Festival:
SFLFF is a volunteer-run and produced program. Its purpose is to present the work of established and emerging filmmakers from Latin America, the US and Spain, to increase cultural opportunities in the community, and to foster cultural exchange among Latinos across borders. For additional program information please visit www.cinemassf.org or call 415-754-9580. Join us on Twitter @SFCine, Facebook @LatinoFilmFestival, or Instagram @CineMas_SF 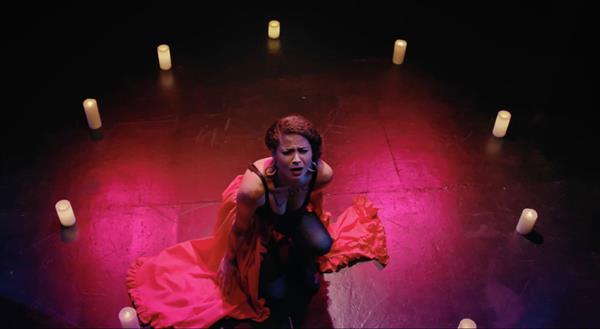 8:48 A.M. EDTMR. ZIENTS: Good morning, and thanks for joining us. Today, I’ll first turn to Drs. Walensky and Fauci to cover the state of the pandemic and the importance of vaccinations.Then, Dr. Murthy and I will provide an update on the work we’re doing to prepare for potential vaccinations for kids ages 5 through…

Administration to Make Vaccination Convenient, Easily Accessible, and Free for Kids Ages 5-11 if Authorized by the FDA and CDC Since taking office, President Biden has mobilized a whole-of-government effort to get Americans vaccinated and end the pandemic. Today, 2 in 3 eligible individuals – 189 million Americans – are fully vaccinated. That’s an increase…

James S. Brady Press Briefing Room 1:07 P.M. EDT MS. PSAKI:  Hi, everyone.  All right, a couple of items for all of you at the top.  With the pandemic taking a toll on so many young people, today we released a comprehensive overview of actions in the administration that we’re taking to improve access and care…

n”,”providerName”:”Twitter”,”providerUrl”:”https://twitter.com&#8221;,”type”:”rich”,”width”: 550,”__typename”:”ExternalEmbedContent”},”$ROOT_QUERY.getForgeContentBySlug({“locale”:”en-us”,”slug”:”mookie-betts-throw-ends-giants-rally-in-nlds-game-2″,”type”:”story”}).parts.8″:{“data”:{“type”:”id”,”generated”:true,”id”:”$ROOT_QUERY.getForgeContentBySlug({“locale”:”en-us”,”slug”:”mookie-betts-throw-ends-giants-rally-in-nlds-game-2″,”type”:”story”}).parts.8.data”,”typename”:”ExternalEmbedContent”},”type”:”oembed”,”__typename”:”ExternalEmbed”},”$ROOT_QUERY.getForgeContentBySlug({“locale”:”en-us”,”slug”:”mookie-betts-throw-ends-giants-rally-in-nlds-game-2″,”type”:”story”}).parts.9″:{“content”:”The throw was impressive itself, but Betts’ decision to spin, almost unnecessarily, before unfurling added flavor to the play’s aesthetic element. When Pollock was asked why Betts spun, he chalked it up to the MVP’s flair.nn“That’s Mookie’s move,” Pollock said. “He’s just so good. He’s almost like an infielder playing the outfield. He’s really…

The Moscow Metro on Friday rolled out what authorities have touted as the world’s first fare payment system based on facial recognition technology. The cashless, cardless and phone-less system, called ‘Face Pay,’ has been fitted at special turnstiles across the Russian capital’s more than 240 metro stations. “To enter the metro, passengers won’t need a…

PORTLAND, Ore.–(BUSINESS WIRE)–Today, Legacy Health announces the opening of a new Family Birth Center at Randall Children’s Hospital, the most ambitious center of its kind in a generation and the most comprehensive, state-of-the art birth center in Oregon. What separates this center from others are the forward-thinking, innovative ways medical expertise is conveniently brought to…

By Daniel Webster, dWeb.News NEW YORK, July 18, 2021 /PRNewswire/ — Wolf Haldenstein Adler Freeman & Herz LLP is a leading national consumer rights law firm. It announces that it is investigating claims for customers who used sunscreens or after-sungels containing high levels of benzene. This chemical has been linked to certain blood cancers. Although…

Imperial Project Update Delivering results from Regional Exploration Drilling target generation programs – details to follow as they become available in coming weeks Approval from BLM for installation of a new air quality monitoring station anticipated shortly BLM review of a large, combined drill program has experienced delays due to the complexity of overlapping and…

We all know these constant video calls are doing something to our brains. How else could we get tired and frazzled from sitting around in our own home all day? Well, now Microsoft has done a little brain science and found out that yeah, constant video calls do increase your stress and brain noise. Tell…

A federal grand jury in Philadelphia, Pennsylvania, returned an indictment in July, which was unsealed yesterday, charging a South Carolina man with tax evasion and attempting to obstruct an IRS civil audit and an IRS criminal investigation. According to the indictment, Wayne M. Garvin, currently of Columbia, South Carolina, and previously of Philadelphia, allegedly filed…

By Caroline DaviesTransport correspondent, BBC NewsImage source, Getty ImagesMorocco has banned flights to and from the UK due to the coronavirus pandemic. Several UK airlines and holiday companies have been told by the Moroccan government that flights will be suspended from 23: 59 BST on Wednesday until further notice. Flights between Morocco and Germany and…

- Health Secretary Sajid Javid has hailed two possible new additions to the UK's "armoury of life-saving measures" to tackle COVID-19. The government's antivirals taskforce has struck deals for two new coronavirus treatments, which - if they are approved by the medicines regulator - are expected to be given to those most vulnerable to COVID-19.…

What’s the latest information on house prices? We monitor the leading indicators to keep you regularly updated about all the key moves in the UK’s property market 20 October: ONS House Price Index Charts +10% Rise Average UK house price up 10.6% in year to AugustAverage UK property now worth £264,244Annual price growth strongest in…

- The United Kingdom's National Security and Investment Act (NSI Act) is scheduled to come fully into force on January 4, 2022. The NSI Act will provide a framework for the UK government in reviewing so-called "trigger incidents", which are acquisitions or investments where one party gains "control" over a qualifying entity. Before completing certain…

FIFA President Gianni Intino stated that "World Cups in one country are probably the past," boosting Italy’s rumoured bid to join forces with Saudi Arabia. The FIGC (Italian Football Federation), has hinted repeatedly that they plan to host bids not only for the 2028 European Championship but also for the 2030 World Cup. In the…

A London law firm has submitted a formal request for the Metropolitan police to investigate Saudi Arabia and the United Arab Emirates for war crimes in Yemen, potentially complicating relations between the United Kingdom and the wealthy Arab monarchies. Guernica 37, an international legal association which focuses exclusively on human rights and war crimes law,…

Less than a third of the UK public would support a trade deal with Saudi Arabia, data published by the government has revealed as the foreign secretary, Liz Truss, meets senior figures in the oil-rich state.Truss is on a trip to the Gulf, where a government spokesperson said she would discuss “Afghanistan, regional security, climate…