NEW YORK, Oct. 09, 2021 (GLOBE NEWSWIRE) — In the video for his latest single, “That’s The Game,” Stove God Cooks uses his confidence and composure to deliver a powerful on-screen performance. As his debut music video with Babygrande Records, Cooks sets a high standard for his visuals going forward.

Popular Stories Right now
CRIME: Department Of Justice Issues An Annual Report To Congress On Its Work To Combat Elder Fraud And Abuse
Tell the World about Your Company with eReleases.com! All new customers get $130 Off the Newsmaker distribution. IGNORE our normal rates because they're being BLOWN AWAY for this special promotion!

Directed by GT Films, the music video follows Cooks as he moves nonchalantly through a mansion littered with money and illicit substances, flexing designer brands and a luxurious lifestyle. It feels like a culmination of Cooks’ come up – having gone through trials and tribulations to get where he is, he knows that his time is now.

Stove God Cooks delivers a melodic masterpiece on the introspective track, proving that he won’t be confined to one style of hip-hop. He’s an artist who naturally stands out – the confidence and attitude he brings on the mic is intimidating and unrivaled by his peers. It was these qualities that inspired Chuck Wilson, Babygrande Global CEO and Chairman, to pursue a deal with Cooks.

“I got a call from my friend Lord Jamar of Brand Nubian who told me that I had to hear this new artist named Stove God Cooks,” Wilson recounts. “After listening to his ‘Reasonable Drought’ album produced entirely by Roc Marciano, I knew instantly that I was listening to an elite, once-in-a-generation lyricist that could also write and sing hooks as catchy and as soulful as any artist I had ever heard before. Soon thereafter, I offered Cooks the largest record deal in the 20 year history of the company and we closed the deal. I can’t wait for the world to hear all of the great music that he’s recorded for his next album.”

With co-signs from mainstream media outlets like Billboard, Complex, and Hot 97’s Real Late with Peter Rosenberg and plenty of well-respected artists like Jadakiss, Conway The Machine, Westside Gunn, Sauce Walka, and The Alchemist, it’s no secret that Cooks has the recipe to be hip-hop’s next breakthrough act.

LISTEN TO THE TRACK HERE: https://babygrande.fanlink.to/ThatsTheGame

For more information on the “Love Will Get You Killed” Tour, please visit: https://www.complex.com/music/conway-the-machine-love-will-get-you-killed-tour

Babygrande is an American independent record label and creative collective comprised of musicians, filmmakers, photographers, painters and writers. Founded in 2001 by Chuck Wilson, former Director of A&R at Priority Records/EMI, Babygrande has emerged as one of the premier independent labels operating today. Babygrande has a catalog of over 3000 albums, music videos, and online content that includes Hip-Hop, EDM, indie rock and everything in between. Babygrande has helped launch the careers of new artists and has nurtured the careers of seasoned veterans. As it heads towards its 25th Anniversary, Babygrande continues to focus on quality music and working with artists whose work ethic, craftsmanship, talent and sounds are superior.

This content was issued through the press release distribution service at Newswire.com. 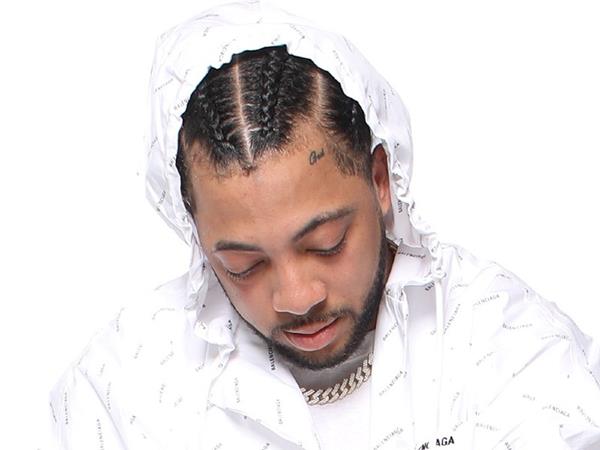 Microsoft’s The Initiative studio is working with Tomb Raider studio Crystal Dynamics on a new Perfect Dark game, and now a top Xbox boss has commented on the unusual partnership. Speaking to Kinda Funny, Xbox Studios boss Matt Booty acknowledged that this is not a “standard situation” because Crystal Dynamics is not usually known to…

Batman: Arkham City is now 10 years old, and looking back at the last decade of interactive entertainment, the history books show a game that built on its own substructure and gave fans a far more polished and confident dive into Bruce Wayne’s world. While Batman: Arkham Asylum’s arrival began a new era of superhero…

n”,”providerName”:”Twitter”,”providerUrl”:”https://twitter.com&#8221;,”type”:”rich”,”width”: 550,”__typename”:”ExternalEmbedContent”},”$ROOT_QUERY.getForgeContentBySlug({“locale”:”en-us”,”slug”:”mookie-betts-throw-ends-giants-rally-in-nlds-game-2″,”type”:”story”}).parts.8″:{“data”:{“type”:”id”,”generated”:true,”id”:”$ROOT_QUERY.getForgeContentBySlug({“locale”:”en-us”,”slug”:”mookie-betts-throw-ends-giants-rally-in-nlds-game-2″,”type”:”story”}).parts.8.data”,”typename”:”ExternalEmbedContent”},”type”:”oembed”,”__typename”:”ExternalEmbed”},”$ROOT_QUERY.getForgeContentBySlug({“locale”:”en-us”,”slug”:”mookie-betts-throw-ends-giants-rally-in-nlds-game-2″,”type”:”story”}).parts.9″:{“content”:”The throw was impressive itself, but Betts’ decision to spin, almost unnecessarily, before unfurling added flavor to the play’s aesthetic element. When Pollock was asked why Betts spun, he chalked it up to the MVP’s flair.nn“That’s Mookie’s move,” Pollock said. “He’s just so good. He’s almost like an infielder playing the outfield. He’s really…

The Moscow Metro on Friday rolled out what authorities have touted as the world’s first fare payment system based on facial recognition technology. The cashless, cardless and phone-less system, called ‘Face Pay,’ has been fitted at special turnstiles across the Russian capital’s more than 240 metro stations. “To enter the metro, passengers won’t need a…

At the turn of the 20th century, a German horse took Europe by storm. Clever Hans, as he was known, could seemingly perform all sorts of tricks previously limited to humans. He could add and subtract numbers, tell time and read a calendar, even spell out words and sentences—all by stamping out the answer with…

The Justice Department today announced that it is dismissing its Religious Land Use and Institutionalized Persons Act (RLUIPA) lawsuit against Stafford County, Virginia, because it achieved the relief it sought in the case. Specifically, in response to the department’s complaint, the County repealed ordinances that prevented the All Muslim Association of America (AMAA) from developing…

Microsoft's The Initiative studio is working with Tomb Raider studio Crystal Dynamics on a new Perfect Dark game, and now a top Xbox boss has commented on the unusual partnership. Speaking to Kinda Funny, Xbox Studios boss Matt Booty acknowledged that this is not a "standard situation" because Crystal Dynamics is not usually known to…

Batman: Arkham City is now 10 years old, and looking back at the last decade of interactive entertainment, the history books show a game that built on its own substructure and gave fans a far more polished and confident dive into Bruce Wayne's world. While Batman: Arkham Asylum's arrival began a new era of superhero…

Bungie has announced that Destiny 2: Witch Queen's new dungeons will only be available to those who buy the more expensive digital deluxe edition or pay for them separately. Writing on Reddit, Bungie's Chris Shannon explained, "Hey everyone. We’ve seen some debate around the new dungeon content and wanted to clarify how it will be…

Good news for your PC: Marvel's Guardians of the Galaxy won't actually require 150 GB of free hard drive space. The developer is optimizing the final game for launch, and thanks to these efforts, the file size will be about 80 GB--about half of what was originally projected. For more, check out the other Guardians…

CAMBRIDGE, Mass.--(BUSINESS WIRE)--Today, The Engine, the venture firm spun out of MIT that invests in early-stage Tough Tech companies solving the world’s most urgent problems, released its report, 2021 Tough Tech Landscape, with data provided by PitchBook, the premier data provider for the private and public equity markets. The data and analysis findings include details…

CARY, N.C.--(BUSINESS WIRE)--Cornerstone Building Brands, Inc. (NYSE: CNR), the largest manufacturer of exterior building products in North America, will release its 2021 third-quarter financial results on Tuesday, November 9, after the market closes on the New York Stock Exchange. The company will host a conference call at 9:00 a.m. EST on Wednesday, November 10, to…